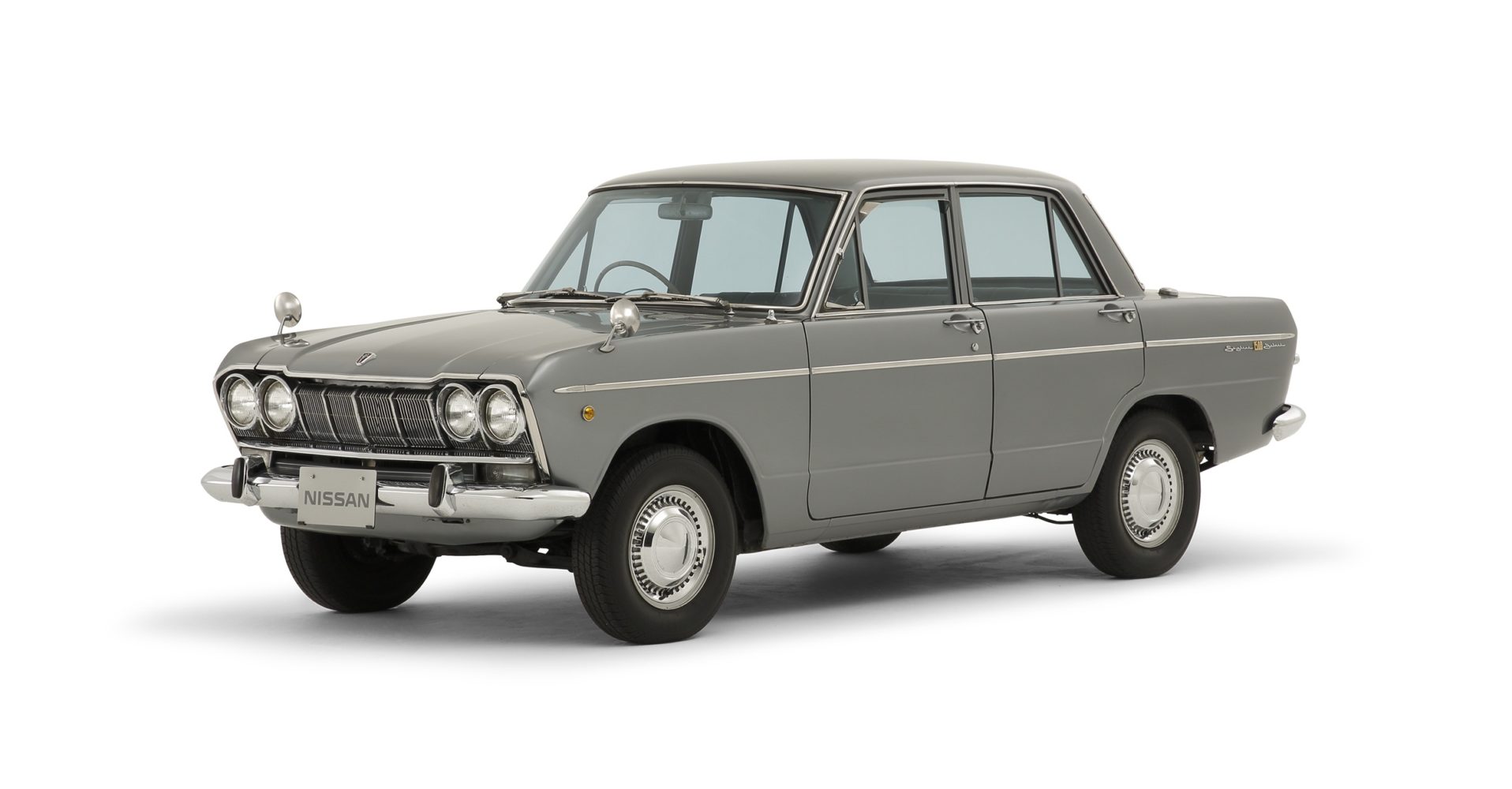 HARDCORE Nostalgia – VOL #2: A Tale of Three Princes (Part 1 – The Skyline’s The Limit!)

Today, mention “Nissan Skyline GT-R” to someone fascinated with racing, and chances are, one of the first things that will likely come to mind is staying up late playing Gran Turismo! In order to understand the GT-R and how it came to be, we’ll have to visit the tale of a famous race and the company which produced the cars that competed in it – the Prince Motor Company.

Prince can be traced back to two companies that existed during World War Two – Nakajima Aircraft Corporation and Tachikawa Aircraft Corporation. Both were crucial in producing fighter aircraft for the Japanese military.  When Japan surrendered, thus bringing the war to an end, the focus of these companies changed due to the orders of occupying Allied forces. This occupation involved, first and foremost, dismantling the “zaibatsu”, or family-owned conglomerates.

Nakajima, which was a second-tier zaibatsu, became Fuji Sangyo in 1945. Fuji Sangyo was divided into several companies, one of which was called Fuji Precision Machinery. Meanwhile, Tachikawa eventually spun off an electric car division, the Tokyo Electric Car Corporation, in 1949, and later the Tama Motor Company. This entity was renamed Prince Motor Company in 1952, in honor of Prince Akihito’s investiture as the Crown Prince of Japan.

Prince senior engineering manager Ryoichi Nakagawa, who was a former aircraft engineer for Nakajima, design department manager Jiro Tanaka, who was an engineer at Tachikawa, and assistant manager Takuya Himura developed the predecessor to the Prince Skyline, the AISH-1 Prince Sedan, in 1952, while at Tama. This new sedan used the 1,484cc (1.5L) FG4A-10 overhead valve, four cylinder engine, which was supplied by Fuji Precision Machinery. Part of this team working under Himura included a chassis engineer by the name of Shinichiro Sakurai, who initially joined Tama Motor Company in 1952.

In 1957, Sakurai and his team completed development of the ALSI-1 series Prince Skyline. The Skyline eventually included the unique and very short lived BLRA-3 Skyline Sport which went on sale in 1962 and featured a hand built body designed by famed Italian designer Giovanni Michelotti. It was a production variant of the BLRA-3R Skyline Sport GT, which competed in the sports car class of the first Japanese Grand Prix of 1963. Being driven by Tetsu Ikuzawa, it suffered defeat, having come in seventh place.

In 1963, Sakurai and his team released the Skyline’s replacement, the S50D-1 Prince Skyline 1500. The S50D-1 was inspired by styling cues from Detroit and Europe and was offered in two body styles – a four door sedan and five door wagon. It was powered by the G-1 engine, an in-line, overhead valve, four cylinder, undersquare design that produced a modest 70PS at 4,800RPM and 113Nm of torque at 3,600RPM. Joining it was a three speed, column mounted manual transmission, with a four speed, floor mounted unit becoming available soon thereafter. The S56, a diesel powered variant powered by the D-6 diesel engine, was also released. The top level trim of the new S50D-1, the Deluxe, also featured a two speed automatic transmission as an option. The S50D-1 would eventually lead to the introduction of the S57 in 1967, featuring the G-15 overhead cam four cylinder engine.

The S50 saw success upon consumers, competing with the Pininfarina styled Datsun Bluebird 410 and the T40 Toyota Corona. However, Sakurai had bigger plans, or to be more precise, longer plans! In 1964, with his eyes set on winning the Japan Grand Prix GT-II, held at Suzuka Circuit, he decided to take things a step further – 200mm further….

HARDCORE Nostalgia – VOL #2: A Tale of Three Princes (Part 1 – The Skyline’s The Limit!)