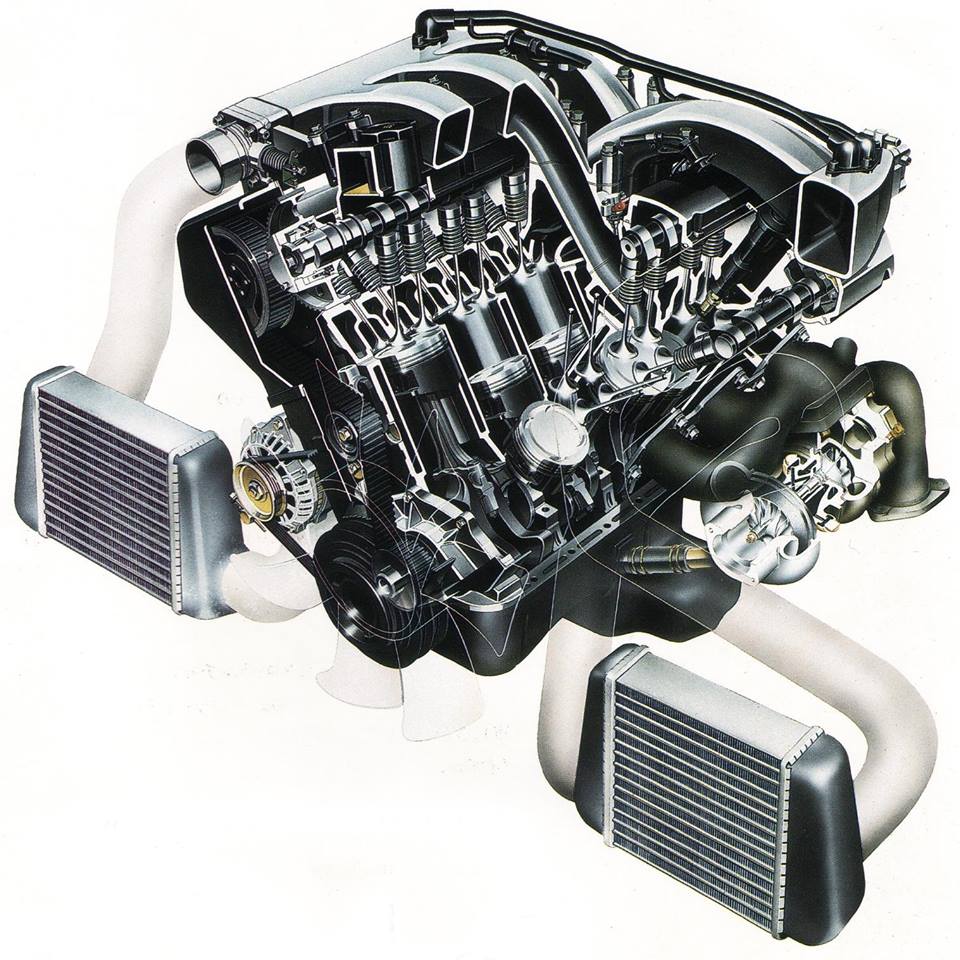 Chances are, if you owned virtually any Nissan vehicle made between 1983 and 2004, and it has a V6 under the hood, it’s the famous VG engine.

This famous engine found its way in several Nissan vehicles over the course of two decades and was Nissan’s first production V6 engine, as well as Japan’s first V6 engine!

The VG was a departure for Nissan, who for years prior to its introduction, made in-line six cylinder engines which were initially developed from their merging with Prince Motors in 1966. However, with many other manufacturers having moved to transversely mounted, front wheel drive layouts, and Nissan having initially followed suit with the E10 Cherry of 1970 which featured this layout, it was time to come up with something modern, lighter, more compact, but just as robust as their previous six cylinder engines, such as the famous L-series family of four and six cylinder engines. This new engine would feature a 60° configuration, two valves per cylinder, single overhead camshafts driven via a timing belt, a cast iron engine block, and aluminum heads.

The first VG engine, the 1998CC (2.0 liter) VG20E, was released to the Japanese market in 1983, and first found its way under the hood of the F31 Leopard, the Y30 Cedric and Gloria, and the U11 Bluebird Maxima, which was Nissan’s first production car featuring a transversely mounted V6 engine and front wheel drive. A turbo version, the VG20ET, was quickly introduced in 1984, with increased power from the VG20’s modest 115 hp to 170 hp. An intercooled variant, the VG20DET, followed in 1987, which featured Nissan’s all new Nissan Valve Timing Control System, or NVTCS.

A larger displacement VG engine followed in 1984, in the form of the 2960CC (3.0 liter) VG30S, which featured an electronically controlled carburetor, and the VG30i, which featured fuel injection via throttle body. The VG30E featured port fuel injection, and was widely used in several Nissan vehicles throughout the 1980s and 1990s. A turbo version of this engine, the VG30ET, soon followed suit, and horsepower numbers jumped from 153 hp to 200 hp. Torque also increased from 182lb/ft to 227lb/ft. This engine was famously used in the Z31 Fairlady Z, or as it was known in the US, the 300ZX.

In addition to the single overhead cam VG engine, Nissan also released a dual overhead cam variant that featured four valves per cylinder, the VG30DE, which was introduced in 1985 on the MID4 concept car, which also was Nissan’s first car to feature Nissan’s all new High Capacity Actively Controlled Steering, or HICAS, four wheel steering system, as well as all wheel drive. A turbo variant of the VG30DE, the VG30DET, followed in 1987. A twin turbo variant, the VG30DETT, was first seen in the updated MID4 Type II concept car of 1987. It featured two Mitsubishi T22/TB02 turbochargers and dual intercoolers. This engine was capable of 300 hp at 6400 rpm and 283 lb/ft of torque. It was the last Nissan V6 engine to feature belt driven dual overhead camshafts, and was used in the Z32 Fairlady Z/300ZX.

Even though the VG engines were eventually replaced with the VQ engine, which was initially introduced in 1994, the VG continues to be popular in the racing and aftermarket scenes to this day, and wound up being a very reliable engine, an engineering milestone for the Japanese automobile industry, and ultimately contributed to Nissan’s success as a company in the 1980s and well into the millennium.